what going on?
45 Views
previous episode
episodes list
next episode

The hotel is inspected, and the report makes terrible reading, leaving Rebecca’s future as manager in doubt. Her troubles increase when Adrian McBride, European director of the company which owns the hotel, arrives unexpectedly. But Rebecca is amazed to be offered a promotion.Meanwhile, Charlie is kept busy looking after Mr Wiltshire, an armed robber who is a key witness in a criminal trial and is staying in the hotel with a police protection team – he has to give evidence against some London gangsters, so his life is in danger. And at the end, Charlie gets caught up in a dramatic gun fight. 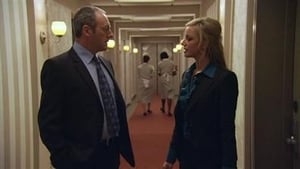